The Sountrack editor is used to add and edit background music and voiceover in your project
On the project toolbar, click on Edit soundtrack to open the soundtrack editor.

Note: The editor can only be opened if the project is not empty (at least 1 clip in the project).

Tips: It is best to work with the soundtrack after you’ve finnished working with the video track. 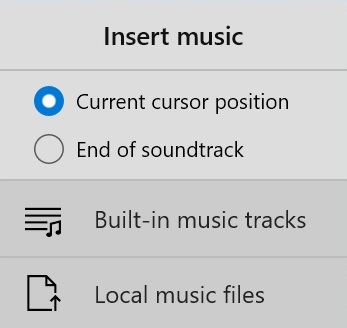 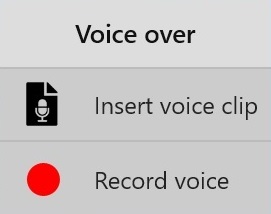 Tips: To avoid losing the first word in your recordings, you should wait around 1 second before speaking after you start recording. You can always trim the excess silence later on.

There are several things you can do to edit the selected segment of sound.